I recently saw Hitchcock/Truffaut on HBO. It is a great documentary about two great filmmakers. It is highly recommended. Here are some background videos and the original audio interviews. I read the book in film school, where it is still required reading. 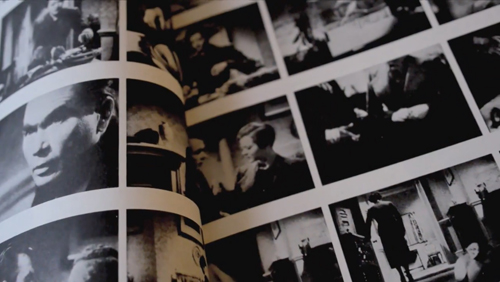 In 1962, French New Wave auteur François Truffaut, aided by translator Helen Scott, spent a week in Hollywood with his idol, Alfred Hitchcock, discussing the director’s rich and extensive body of work, including Psycho and Vertigo. The resulting 1966 book of interviews, Hitchcock, became a celebrated bible of cinema for generations of filmmakers.

Fifty years after its publication, Hitchcock/Truffaut brings this historic summit to life by combining rare original audio recordings and behind-the-scenes photos from the historic exchange. The film offers an eye-opening study of Hitchcock’s enduring genius and legacy, as the two men explore the technical, narrative and aesthetic questions at the heart of his work. The documentary also includes new observations from such acclaimed filmmakers as Wes Anderson, Olivier Assayas, Peter Bogdanovich, David Fincher, Richard Linklater, Martin Scorsese and Paul Schrader. Bob Balaban narrates.

Director Kent Jones on Hitchcock, Truffaut and the Evolution of Cinema

In Hitchcock/Truffaut, director Kent Jones (My Voyage to Italy, Val Lewton: The Man in the Shadows) explores the landmark series of interviews between French New Wave director François Truffaut and the Master of Suspense, Alfred Hitchcock. These conversations were later published and helped position Hitchcock as a film artist and inspired a new generation of filmmakers, including Martin Scorsese, Richard Linklater, David Fincher and Wes Anderson—each of whom appear in the film to discuss Hitchcock’s artistry and the impact of the book. Jones, who programs the New York Film Festival, took some time to share his views on Alfred Hitchcock and his secrets as a filmmaker.

HBO: The film offers a rare glimpse into Alfred Hitchcock the artist—one that clashes with his public image as an entertainer. Was that a conscious misdirection on Hitchcock’s part?

Kent Jones: The public persona was a way of protecting himself. John Ford had a public persona. So did Howard Hawks. They didn’t go around waving the flag of artistry in front of the studio heads. If they had, their careers would have been over in milliseconds. And in Hitchcock’s case it was a brilliant idea to turn himself into a personality.

HBO: Toward the end of the film, Hitchcock’s standing has risen in the critical community—yet he still seems troubled about his role as a filmmaker. At one point he sends a telegram to Truffaut saying he wished he could do anything he wanted to do. Couldn’t he have?

Kent Jones: There’s always this illusion that some people can do whatever they want. People say that about Steven Spielberg—there was this question about whether Lincoln would actually be released theatrically, and someone asked how this was possible, can’t Steven Spielberg do whatever he wants? The answer is no, he can’t. Nobody can. Neither can James Cameron or Michael Bay.

HBO: Why do you think Hitchcock doubted himself as an artist?

Kent Jones: An artist that great is going to be examining themselves and their work closely; they’re always going to be calling things into question. Couple that with the fact that he was working in a genre—actually created a genre—that was “disreputable,” and had gone unloved by critics and people who give awards. All those factors come into play. I was very moved when I came across that telegram because it’s a very basic expression of something common to all of us.

HBO: Do you have any thoughts on the third act of Hitchcock’s career? Did he fade away?

Kent Jones: I would think quite to the contrary. Brian De Palma has one assessment in which he says directors do their best work in their forties and fifties, and then in their sixties they start losing energy.

HBO: Some would say that Topaz (1969) is perhaps not his best work.

Kent Jones: We’re talking about a moment when all those guys from that generation were struggling. Hawks, Ford. For me, Hitchcock is the guy who easily came out on top. Topaz is the way it is, for various reasons. He wanted to make a different movie and he couldn’t. So he winded up doing this adaptation of this Leon Uris novel. But right in the middle of Topaz is one of the greatest sequences he ever directed, at the Hotel Theresa in Harlem. Frenzy (1972) is a great movie. It’s just a great, great movie. And Family Plot (1976), you can talk about the Disney-ish aspects of it, but the last time I saw it I found it a very rich experience. So I can’t really agree.

HBO: I remember being very impressed by the energy of Frenzy, particularly at that time in his life.

Kent Jones: Frenzy’s an incredible film, and deeply, deeply uncomfortable. And it’s a movie
that remains absolutely shocking, I have to say. That rape-murder scene is almost unbearable to watch.

HBO: Did you have any other films that are particular touchstones for you?

Kent Jones: Over the years I’ve come to love Saboteur (1942) more and more. I have a special love for I Confess (1953). He goes so deep into the emotion of this guy who cannot share what he knows with anyone. The loneliness of Montgomery Clift’s character is really, really powerful.

HBO: Coming from the silent era, Hitchcock had an almost purely visual approach to storytelling. Is it even possible for a filmmaker like that to exist today?

Kent Jones: James Gray brings that up in the film; he’s very hard on himself and says, “We’re not that good.” But really, what you’re talking about is a different orientation. Arnaud Desplechin talks about it as the “lost secret.” Truffaut said the same thing. And it’s true, to a certain extent. Hitchcock thought that cinema didn’t have to evolve the way that it did. But the fact is, it did. So now we have people who are masters of a completely different kind, like Martin Scorsese, or Paul Thomas Anderson.

Here is where you can buy the book.

Here are some cool images from Truffaut’s Fahrenheit 451.